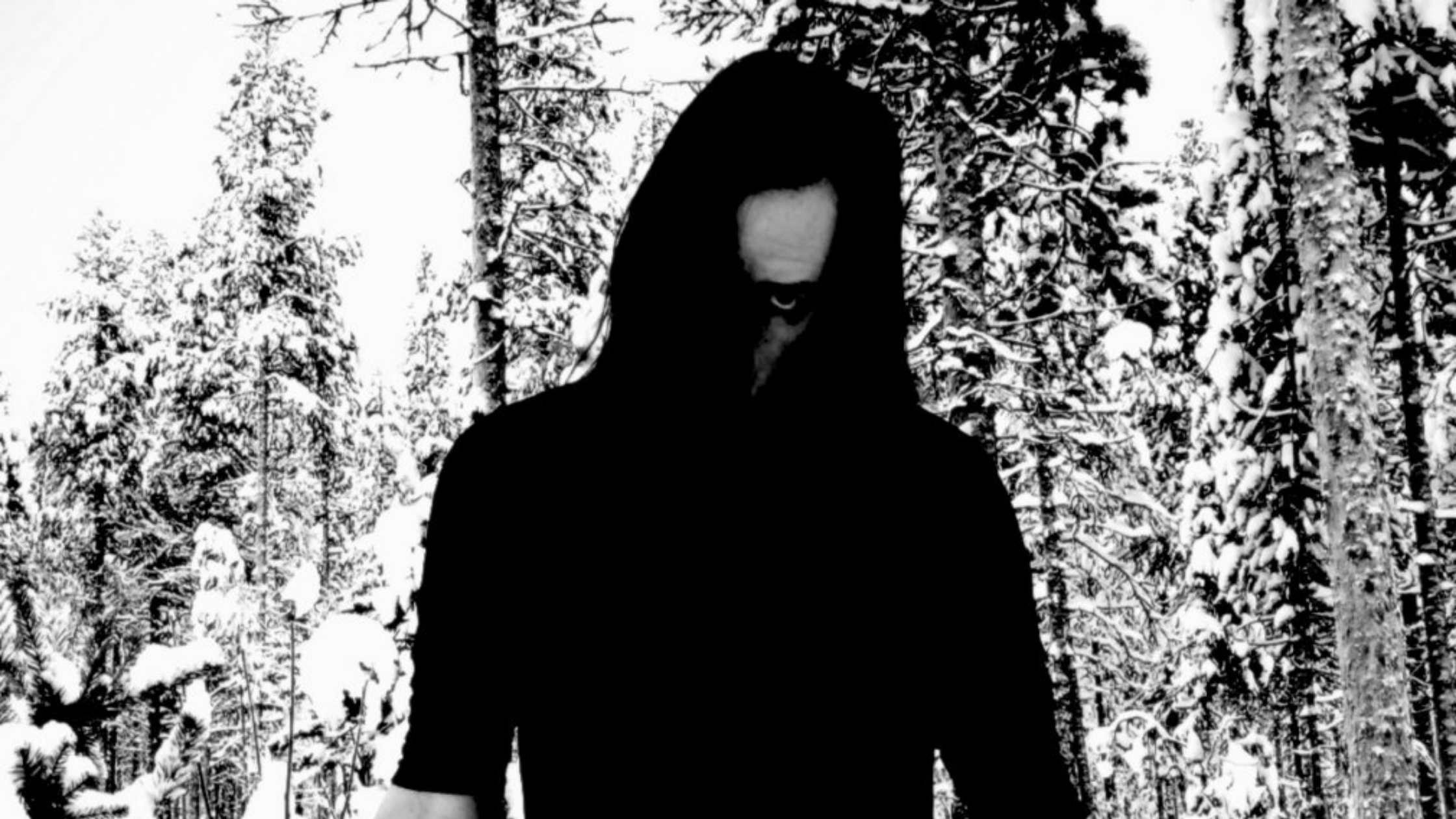 In this interview we will delve into the dark abysses of the mysterious Ruohtta project, a one man band that proudly defines its proposal as “Sápmi black metal”. An interview in which between history, anthropology and black metal, Ruohtta expresses his complete spiritual and political vision about the secular oppression suffered by the Lapp culture and people and the different forms of anti-colonial resistance put in place by the Saami still today against the Swedish and Finnish nation-states. “Anti colonial Sápmi black metal” is the only battle cry that echoes in the Lappish wilderness!

For a better reading of this interview and to fully grasp the atmosphere and the themes treated, it is recommended to listen to “Reetessä” the last wonderful Ep published by Ruohtta. 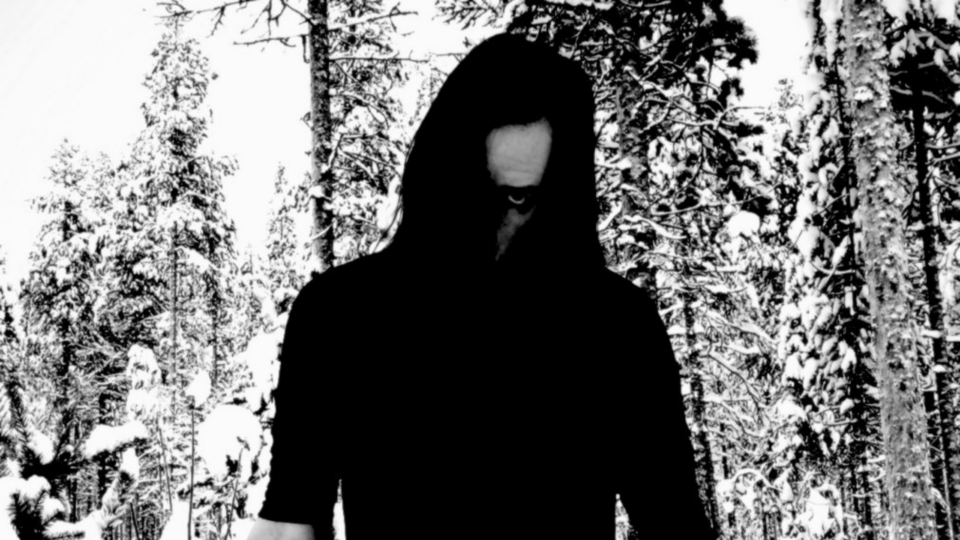 Your project is extremely fascinating in so many different ways, from the music to the subject matter. This fascination in my eyes is also exerted by the name Ruohtta. Can you tell us what it means and why it was chosen as the name of the project?

Thanks! Ruohtta is an entity/god (called a demon by missionaries) that reigns over sickness and death. This powerful entity is neither good nor bad yet demands offerings in order to spare the lives of the offeror or his/her close community. Ruohtta-aatto is a word that is still in use in my culture and points at the darkest days of the year. On these days, the dead spirits of one’s ancestors was/is particularly active. It is therefore wise to stay indoors during the nights in order to not get snatched into the land of the dead. Ancestors may both help the living as well as causing deceases or accidents if not respected properly. My music, regardless of genre-definitions, has always been a sort of tacit communication with dead people or dead places. This spiritual practice through sounds have increased during the years. Those who know me know exactly what I am talking about here.

I came across your project through Realm and Ritual Records, a label committed to publishing work in black metal and dungeon synth and explicitly anti-fascist. What is your stance on anti-fascism within the extreme metal scene? What are your thoughts on the scourge of NSBM?

Ruohtta has had an anti-colonial stance from the start and that won´t ever change. I despise totalitarian rulings and to be honest, I am not that into –isms and political ideologies at all. Fascism like capitalism seemingly eats its own tail in the end. NSBM as a music genre is a tricky issue and I think there are nuances to what is called NSBM as well. There are certainly many far-right leaned artists that has produced interesting music. And there are a lot of other people that sucks at being human that has created great art. August Strindberg, Phil Spector and Picasso are a few examples of that. At some levels, I think one has to separate the person from the art even though these two occasionally intermingle. However, I have not heard a fully fleshed Nazi-band that has produced what I deem as interesting sounds yet.

(I take the liberty to make a brief and necessary addition to the response issued by Ruohtta, to express my point of view about what was said. As you know Disastro Sonoro is a project that takes a clear and unambiguous position towards the NSBM and all the bands that wink at extreme right-wing positions, whether they are explicit or not. On the division between person and artistic project, I remain of the idea that the best thing to do is in any case not to support in any way such individuality and its projects so as not to give visibility to positions, ideas and actions of Nazi-fascist, racist, reactionary and conservative.) 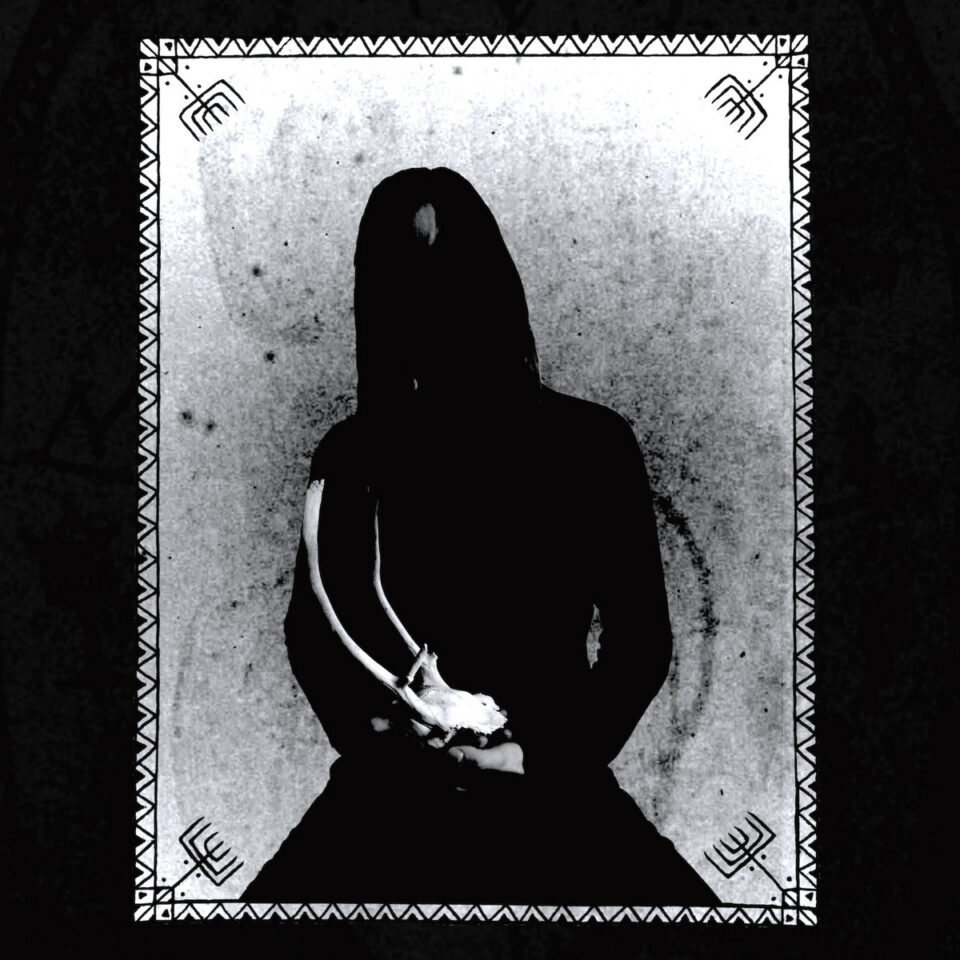 In your latest Ep you focus on colonialism and the forced Christianization suffered by the Sámi people. How come the choice to deal with certain themes through the instrument of black metal?

It came natural, it was just there from the start. There is a lot of negative subjects and history to be found within our cultures that may be interpreted and dealt with through various art and music genres. It will most likely take a couple of lifetimes to explore and conceptualize them all. I am a grown man that has been into Black metal since I was 11-12 years old so this particular kind of music energy has influenced and seeped into my music making, regardless of genres, ever since. For me, Black metal is about reflecting, channelizing and/or portraying negative and dark energies. Ruohtta utilizes, remoulds, channelizes and spews these dark energies back at all aspects of colonialism.

On your bandcamp page, in the description of your last Ep Reetessä, you talk about Laestadianism, Stalinism and old pagan Finno-Ugric religion. What influence did these three very different dimensions have within Saami culture and how did they affect the struggle of resistance to the predatory colonialism of the Swedish and Finnish states?

It is important to point out that in my area there are roughly two different yet related minority/indigenous groups of Finno-Ugric origin: North/Lule/Forest Sámis and Tornedalians/Lantalaiset. I am of Forest Sámi origin yet has the language of Tornedalians/Lantalaiset, Meänkieli, as family language. These two groups have lived side by side in both turmoil and companionship for many hundreds of years. Laestadianism was a religious direction that actually kept a friendly bond between them. In the secular and modern decay society of today, this bond is starting to diminish. The state and colonial powers has done a lot to split these groups up during the last 150 years and turning them against each other. However, some people in said groups are now finally starting to wake up and redirect the anger towards the true enemy instead. Stalinism affected many Tornedalian/Lantalaiset-villages during its peak, a political direction that stood in stark contrast to Laestadianism. In some areas, this seemingly impossible contrast was jointed into something that strangely worked side by side. On top of this (or under perhaps), the old pagan religion influenced how this symbiosis appeared in the lives of the people. The practice and sermons of Laestadianism was initially touched by Sámi Pre-Christian religion. I think all these three spiritual and political dimensions resided in a tacit resistance towards colonial ideas of the Swedish state in their own ways. I don´t know about what the exact conditions in Finland and Norway were at the time but I assume something similar. If to apply an objective perspective, these three different views are quite extreme and together they form a vibrant and esoteric energy that serves the making of Black metal music perfectly.

In 1852 an important event in the history of Sámi cultural resistance to colonization and forced sedentarization imposed by the Swedish and Finnish central governments took place: the Kautokeino Uprising. What are your views on this moment of insurrection and what significance does this event have for the culture and history of the Sámi People?

The Kautokeino rebellion (Guovdageainnu stuimmit) had many ignitions and not all of them was due to resistance against colonisation. There is still unclear what really happened but an extreme form of Laestadian expression was also in the mix there. Today there are mixed feelings about the act, some salute the violent resistance while being less proud of the religious aspects. Speaking of resistance, the possible church burning at Nábbreluokta in 1650 is perhaps one of the first direct action against Christianisation up here. Some of my ancestors resided in that area during that time period so who knows… The Alta conflict in the late 70s is perhaps what lingers in people’s minds the most nowadays. Similar conflicts and resistances like that one will most likely appear soon again. The predatory colonialism and stealing of land here has not ceased. 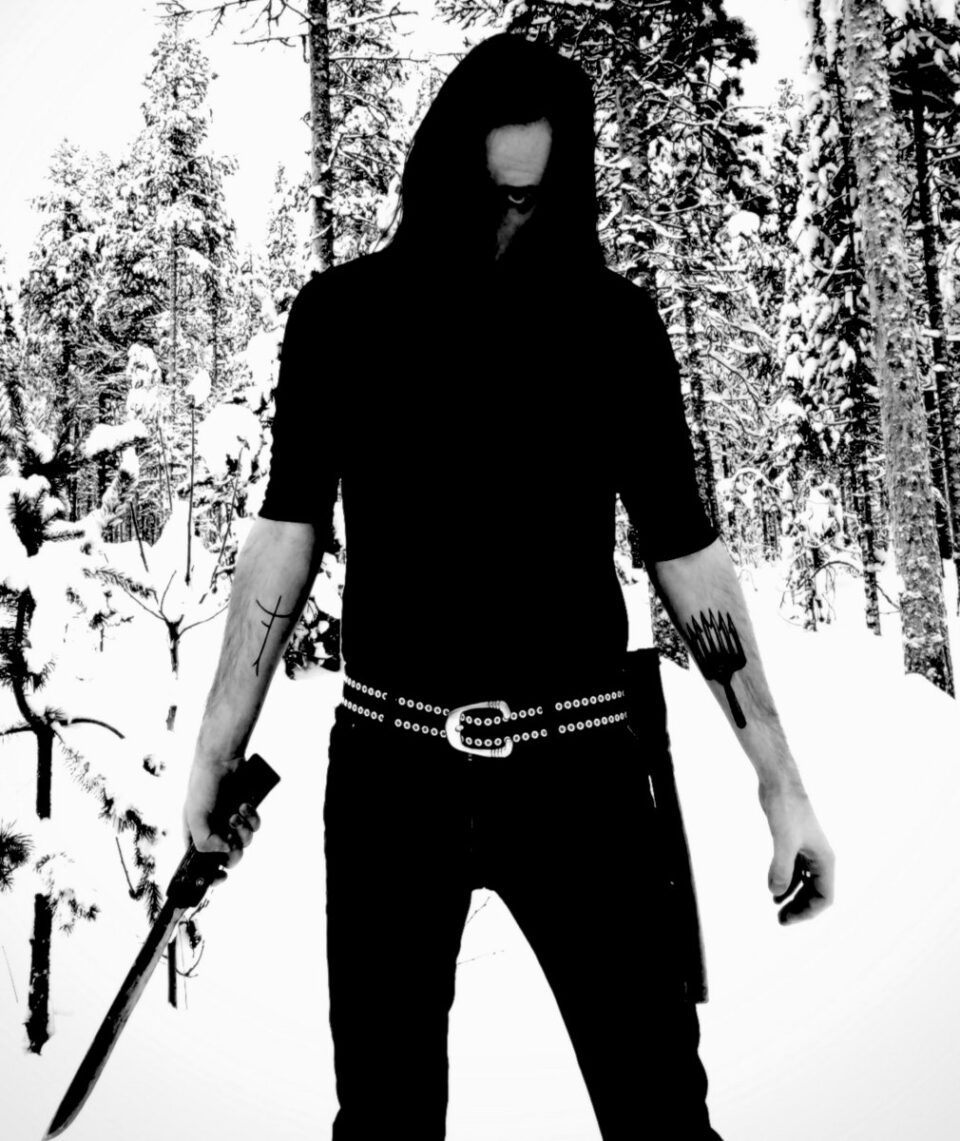 What are currently the difficulties most felt by the Sámi people? Are there still feelings of resentment, anger and desire to rebel against European colonialism and the imposition of a sedentary lifestyle historically in antithesis with the Saami culture?

The biggest difficulties for both Sámi and Meänkieli-speaking people is to keep our languages and cultures from succumbing in a “modern” society dictated by others. The wounds of the past are deep and a lot of energy goes into saving what is left, both culture and land. The mining and logging corporations is trying hard to turn our part of the country into industrial areas. The sad part is that the hegemony of our town areas forces many of us to do the digging in order to support our families. However, there is pride in work and pride in the communion of the working class. Many have been doing mine work for generations without thinking about the destructive part of it. This is a large topic so I will leave it at that. Resentment, anger and urge to rebel? Absolutely.

Like any nomadic farming culture, the relationship with the environment of the Sámi people has always been in antithesis with a predatory and devastating vision typical of Western and capitalist culture. How much does the wild nature of the Swedish Lapland region you come from and your relationship with it influence your music? Do you think that Ruohtta’s music has an “atmospheric” dimension that recalls Lappish landscapes and nature and a certain ecological way of relating to the natural environment?

Well, besides Black metal, I have a long history as a musician in folk and improvisation music genres. Through this I have delved quite deep into the music traditions of my own cultural environment and incorporated them into how I perform my instruments and write music. I would say that my perception of rhythm is quite affected by Sámi jojk, meaning that I tend to see rhythms as oval shaped motions instead of linear. My melodic language is definitely affected by old Finnish/Tornedalian folk music such as fiddle music, runo songs and sounding affordances of the kantele. I try to steer away from stereotypical views of how Laplandic music “should” sound like but sure, there a lot of big forests, mountains and streams here that most likely have an effect on my artistry. I live in a remote area in a village with six houses so the isolation and closeness to nature is inevitable inspirational for my works.

Perhaps this sounds like a stupid or trivial question, but can the choice to also write and sing in Meänkieli and Sámi be seen as a form of resistance to the linguistic colonialism imposed by Sweden and Finland on the Saami people and as a desire to decolonize their own culture after centuries of oppression?

Absolutely. Meänkieli and Sámi is slowly but surely transforming into becoming linguistic acts of resistance nowadays. On my upcoming album “Gutna” I mix these languages as a way of encouraging communion between the two Finno-Ugric peoples.

As we come to the conclusion of this interview, I wanted to ask you when the new record will be released? Will you continue to deal with the brutal issue of colonial oppression suffered by the Sámi people or will you deal with different themes?

The new album “Gutna” is out 30 April 2021 on cd through TormentRex. In July, a cassette edition of the album will appear through Realm and Ritual. Vinyl edition is in the works! I also have a small Black ambient release on the way later this year as well. Ruohtta will always remind of the bad and the oppressive in our part of the circumpolar area. In future releases I might highlight certain spiritual aspects of our existence more but I will never steer away from themes associated with Sápmi. Thanks for the interview! Greetings/ Tervaaj 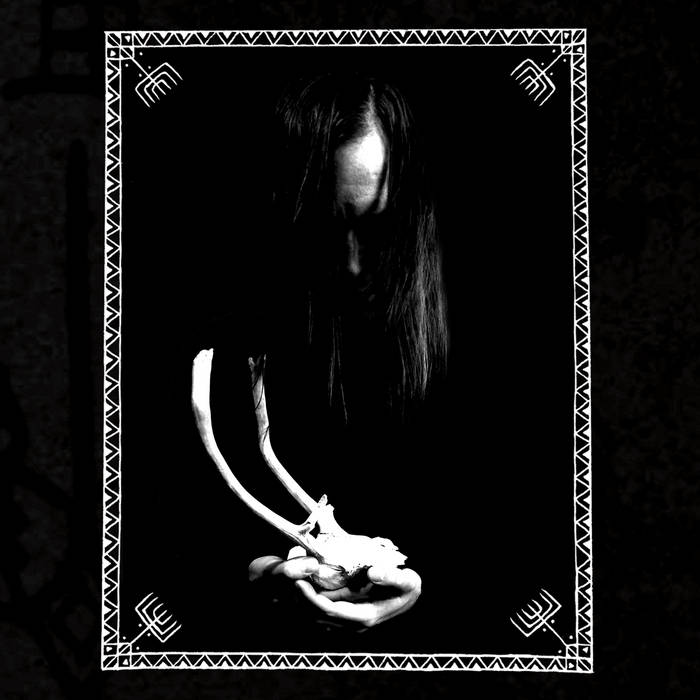